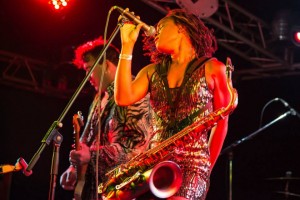 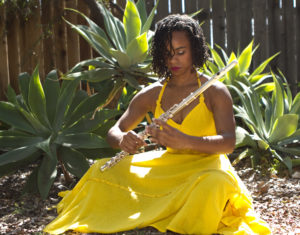 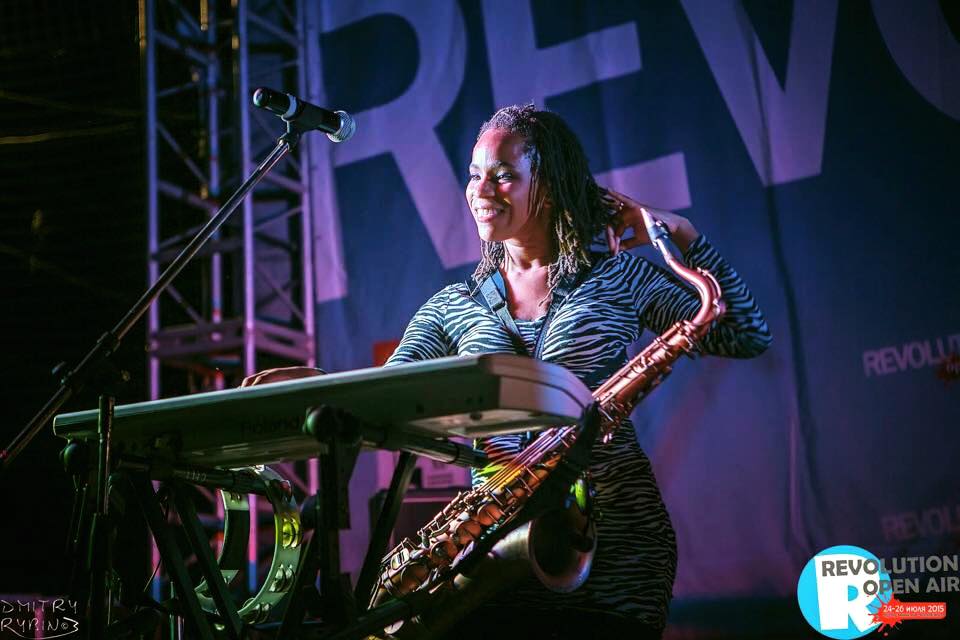 Lady Albatross is a multi-instrumentalist, vocalist, composer, and producer from Pasadena, California USA. With a colorful background of various musical genres, Lady Albatross never ceases to amaze and entertain her audiences. Her versatile voice ranges from hard and raspy to that of a songbird. This talent paired with her specialization in woodwind instruments keeps her listeners guessing, and on their toes.

Lady Albatross has toured across the United States, British Columbia Canada, Russia, Estonia, Finland, and Norway from 2010-2018 with Siberian Surf Rokenrol band Igor and Red Elvises. In addition, she has performed on various radio and television shows in Russia and the United States with Red Elvises. In this band Lady Albatross sang, played keyboard, flute, tenor saxophone, and alto saxophone.

In 2013, Lady Albatross was featured as a solo jazz flautist aboard Crystal Cruises. In 2016, she has made guest appearances with Lothepus Band on the reality television show Fjorden Cowboys in Norway.

In 2017 Lady Albatross released her debut album "Do What I Want." This album highlights her original music across various styles and her multi-instrumental talents.

Lady Albatross has also collaborated and released several tracks with South African house music Deejay and producer Botshelo Moate. Between 2017- 2018 they have released the single "Get up and Dance" and Botshelo Moate's EP "Inside Out."

Lady Albatross was first introduced to musical improvisation by her uncle Dale McCabe. When he would visit, he would sit in the living room with his guitar and play along to records. One day, when Lady Albatross was about 10 years old, she walked in with her flute and asked "Can I play? And what do I do?" Her uncle Dale smiled, gave her a few notes to play, and started to play blues in 'G'. That moment heavily influenced and inspired Lady Albatross' future career.

Lady Albatross AKA Sarah Johnson Melkeraaen attended the Los Angeles County High School for the Arts (LACHSA) for flute performance where she developed her skills as a classical and jazz performer. During her high school years, she was a runner up in the Los Angeles Annual Spotlight Awards, won First Place in the BEEM (Black Experience as Expressed Through Music), Georgia Laster NANM (National Association of Negro Musicians), William Grant Still, and Jester Hairston Music Competitions.

In 2007, Lady Albatross graduated from LACHSA and began her studies at Berklee College of Music in Boston MA where she was awarded the Howard Shore full tuition scholarship. While studying at Berklee, she was placed on the Dean's List and graduated in May 2010, with a Bachelors Degree in Music Business and Management. In Dec. 2012, she completed her Masters Degree in Flute Performance with an emphasis in Doubling Woodwinds at Azusa Pacific University. She also won first place in the 2012 Dolo Coker Instrumental Jazz Competition.